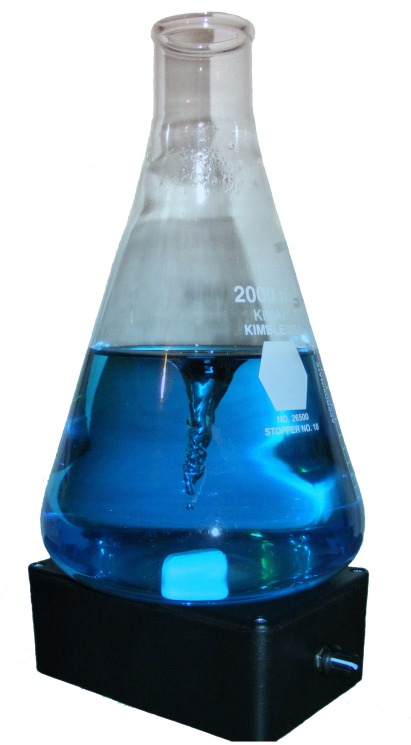 If you have the time, by all means do a yeast starter. It’s not a bad idea. But you don’t need one. I have never used a yeast starter on any of my 50 batches. They have all fermented just fine (well, in full disclosure, I made two rookie mistakes when I started brewing: first, I fermented in a cold basement, which doesn’t work; second, I bottled way to soon once, which produced a very carbonated beer). Other than that, fermenting beer is not that hard. I have made plenty of high alcohol beers (average 7.58%, ranging from 4 to 12%). When it comes to fermenting, the most important thing is to pitch enough yeast into aerated wort around 70 degrees. That’s it. And if you think I’m being anecdotal and unscientific, check out this experiment, which found that a vial vs starter is statistically imperceptible. Usually a packet of yeast is enough, or a liquid tube that you buy at the store; although, for me, I reuse my yeast, so I have the option of pitching as much as I want (just to be safe, I pitch a little more than those liquid tubes). If you are using a packet of dry yeast, just sprinkle it on. I find that dry yeast works better than liquid yeast.

How to Do a Yeast Starter
The day before brewing, you add a little bit of malt extract into boiling water, stir, cool, put into a growler with an airlock, and pitch the yeast into the growler. Sound familiar? You just made a mini-beer without hops! When tomorrow comes, the yeast will be all fired up and ready to go. That’s the concept behind yeast starters. The beer will begin fermenting immediately, and the airlock will bubble faster (instead of waiting 24 hours or so). This minimizes the chance of infection (which won’t happen if you sanitize properly). Brewers also talk about not “shocking” the yeast, by introducing it slowly into a high gravity environment. Okay. Whatever.

To me, it’s a lot of work for a little payoff. I cannot help but think this is another throw-back to days when yeast was not as good, when barley was not as highly modified, mashable and fermentable. However, on super huge barley wines, I admit a yeast starter might actually be a good idea. I have only made two super huge beers, an English barley wine and a Belgian quad. They fermented just fine without a starter; however, they were smaller batches (2.5 gallons) and I pitched well.

2 thoughts on “You Don’t Need a Yeast Starter”